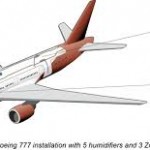 CTT Systems announced this week that a Cair™ System VIP humidification order was placed for a Boeing BBJ 787 aircraft to be installed with an undisclosed customer during Autumn 2016. In addition, another order for a Cair™ System from Associated Air Center in Dallas, Texas was received that is to be installed during summer 2016 on an Airbus ACJ319 VIP aircraft … END_OF_DOCUMENT_TOKEN_TO_BE_REPLACED 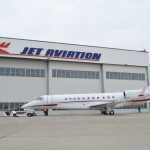