You are here: Home / Industry News / Trump to redesign Air Force One Scheme 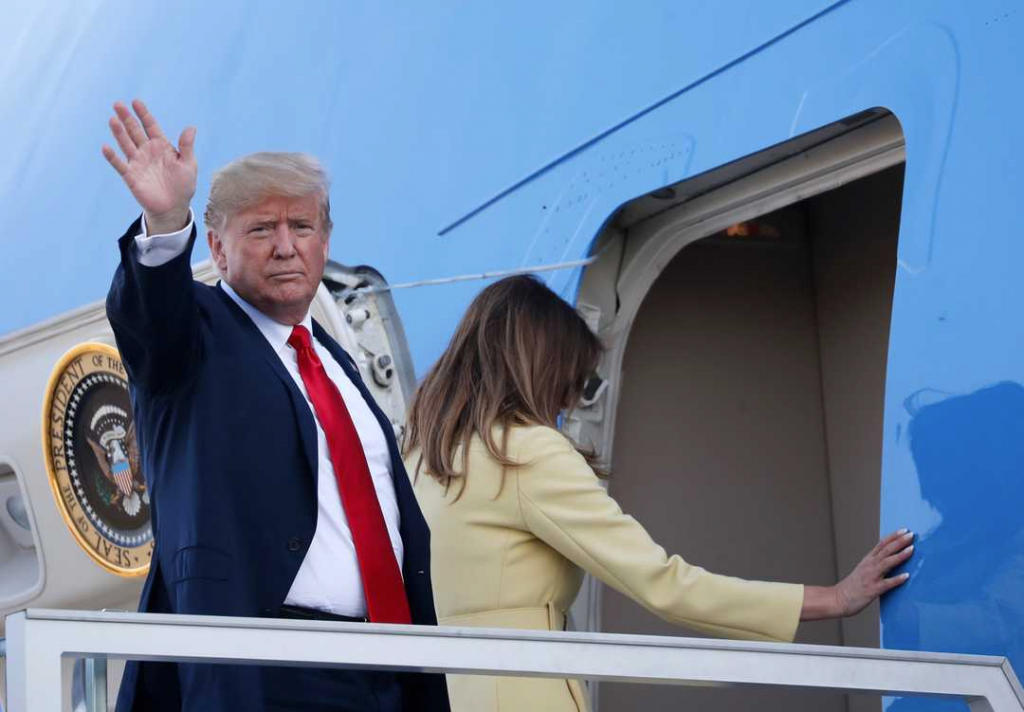 US President Donald Trump has confirmed the news that he is redesigning the USA presidential aircraft, Air Force One in red, white and blue.

The two Boeing 747-8 Air Force One aircraft on order are reported to be completed and delivered to service by 2024.

In an interview with CBS News, President Trump said the new Boeing planes will be “red, white and blue, which I think is appropriate”.

During his recent visit to Scotland, President Trump told CBS News’ Jeff Glor that the new plane “will be largely for future presidents” due to how long it will take to build.

“You’re gonna have many presidents, hopefully, use it and enjoy it,” President Trump said. “Boeing gave us a good deal…But I said, ‘I wonder if we should use the same baby blue colors?’ And we’re not.”

When asked if he wanted to keep the current robin’s egg blue design he said he would not. “Air Force One is going to be incredible,” President Trump told Glor. “It’s going to be the top of the line, the top in the world, and it’s going to be red, white and blue. Which I think is appropriate.”

According to Boeing, the two new 747-8 planes are designed to be an airborne White House, each with a communications suite, internal and external stairs, large galleys and other equipment.

The two aircraft are seen as the most iconic and ultimate head-of-state aircraft completion in the world, and as noted by President Trump are complex programs that require expert planning and management.

History of Air Force One

The first official jet flew in 1959, under President Dwight D Eisenhower, and featured a red and gold color scheme until President Kennedy adopted the distinctive light blue and white look it still has today.

Critics have said the change casts aside an iconic American look and on Twitter, many pointed out that Russia’s presidential plane also has a red, white and blue design.

In February, Mr Trump reached a deal with Boeing, resulting in what the White House said saved Americans $1.4bn (£1bn) in procurement costs for the new aircraft. However, those savings have not been yet been confirmed to aircraft completion news.