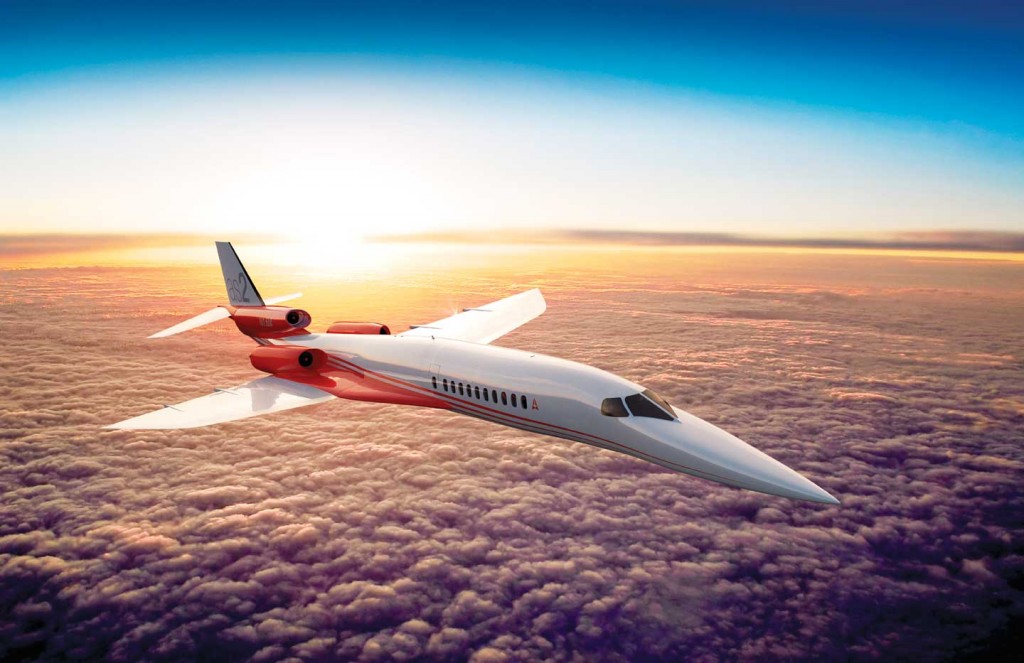 Aerion Teams Up With Airbus for Supersonic Jet

Aerion is going forward with plans for a Mach 1.6, $100 million dollar supersonic plane for entry into service by 2022.

Airbus will be collaborating on many aspects of initial design and sourcing of components, including the airframe, avionics and propulsion systems.  Preliminary work on wind tunnel testing  and flight tests of aerodynamic structures has been completed and the next obstacle is finding an engine that meets all requirements.

ACJC delivered a A320 that was created by its in-house design studio for an undisclosed Middle East customer with an cabin that has many Arabic influences.

Among the many details that are incorporated in the aircraft are inlays on the seat back-rests, satine frieze on the valence panels and ornamental glass that is back lit on partitions and  the head board of the master bed.

Sierra Completions will be concentrating on single and double aisle wide-body aircraft that are built with a composite airframe and is expected to deliver its first aircraft in 2015.

The company completion center in Nevada will include a design and engineering facility as well as hangers that will handle the largest aircraft in production.  SNC has a long history in the aerospace business and has over the last 50 years modified over 200 different aircraft and considers Sierra Completions a natural extension to existing business.

Flying Colours will start work this month with SRT on 8 CRJ-200 aircraft VIP conversions, with initial work starting in Canada with training for SRT technicians in certain interior techniques and final installation being completed in China.

Each aircraft will take up to 8 months for conversion, with Flying Colours handling all the final aircraft certification and working with the Civil Aviation Administration of China for validation of Supplemental Type Certificates.  The aircraft will be sold to individuals or operated by SRT subsidiary, Sparkle Roll Jet Co.

LT introduces a new product, called the Fly Away Kit, for storing spare parts on board the aircraft for technicians to easily access when they are needed.

Stored in the cargo bay, the kit can consist of many parts such as wheels, jacks, oil and any other items the customer deems necessary.  This helps with quick turnaround in case the client has to land at a remote airfield where availability of components could be an issue.