You are here: Home / Industry News / ABACE 2015 reported as the best yet 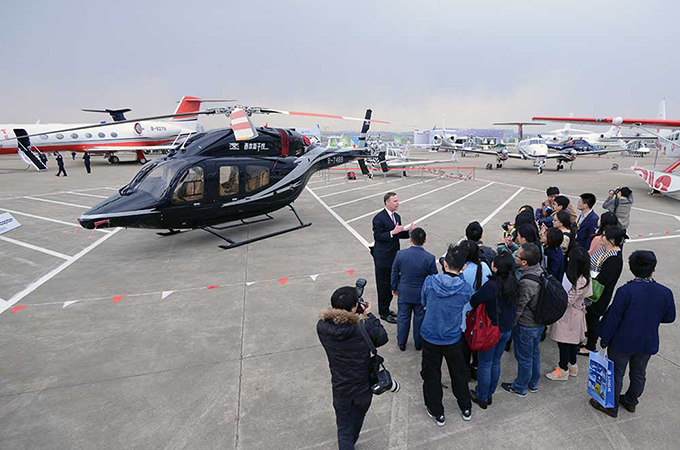 As one of the premier business aviation events in the world, ABACE attracts attendees not just from China, but from more than 40 other countries across Asia and beyond.

This year the Asian Business Aviation Conference & Exhibition (ABACE2015) event has been reported as the strongest edition of the show in its 10-year history, featuring 38 aircraft on static display, from piston aircraft through to intercontinental jets, as well as helicopters, 183 exhibitors covering the largest footprint in the history of ABACE, and representing a five-fold increase over the 30 exhibitors at the first edition of ABACE.

Significantly for the show, more than 40 percent of the exhibitors were based in Asia – the highest percentage of Asian companies exhibiting at ABACE to date – meaning that ABACE has evolved into a truly international show with strong Asian characteristics.

“By any measure, ABACE2015 was the best one yet, and it is clear that business aviation has not only become established in the region, but is flourishing,” Bolen of the NBAA said. “Exhibitors and attendees report that the show was a highly successful and valuable event, and the collaboration among the show organizers is as strong as ever. We thank everyone who participated in ABACE, and we look forward to returning to Shanghai next year.”

ABACE is jointly hosted each year by NBAA and the SAA, in coordination with AsBAA. ABACE2016 will take place from April 12 to 14, 2016.