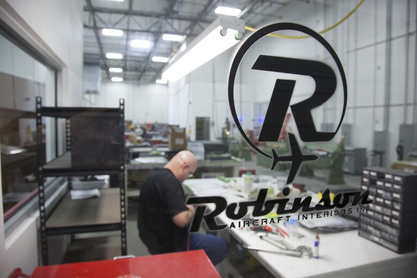 Robinson Aircraft have opened for business in the Aircraft Completions market with a US location at Forth Worth, Dallas.

“Now offering complete green and retrofit completion services, full MRO, upholstery, veneer replacement, cockpit refresh and a host of other disciplines, Robinson is poised to be a force in the interiors space” he said.

Taking over the former Galaxy-Gulfstream completions complex on the east side of the airport, Robinson Aircraft plans to retain the Coppell warehouse, now a division of parent company Robinson Aerospace and expects to add MRO services to its offerings as soon as it receives FAA Part 145 certification early next year.

As one completion center leaves the market sighting an overcrowded competitive marketplace and reduced number of completions opportunities presently, a new completion center opens with renewed optimism together with a strong brand.

Being efficient in operation whilst competing for completion opportunities against established US and global completion centers will not be an easy feat.

That said, company President Jeff Robinson sounds like a man on a mission and I hope that the company can make a success of it.