Greenpoint Technologies (EBACE Booth 1027) unveiled the display of a Boeing 747-8 VIP on their stand at EBACE Geneva.

The Boeing 747-8 in twentieth scale featuring Greenpoint’s  VVIP interior concept displaying the company’s design capabilities featured the already famous Aeroloft. It is reported around the industry that four of the to-be-released Boeing BBJ VIP 747-8 variants from the Boeing factory have ordered the Aeroloft option.

Greenpoint’s developed Aeroloft provides additional passenger rest space above the main cabin, accessed by the Aerolift, an elevator that allows secure access into the aircraft from the ground.

“The interior represents the dynamics of flight with the artistry of timeless design. Artful and functional, it showcases the 21st century balanced with the legacy of travel. The exterior livery design symbolizes patterns inspired by the wings of a Gyrfalcon, the largest of the falcon species and known for its long-distance range.”

Its centre based in Kirkland, Washington has provided 25 years of service under private ownership, reporting a 99-percent on-time delivery rate. 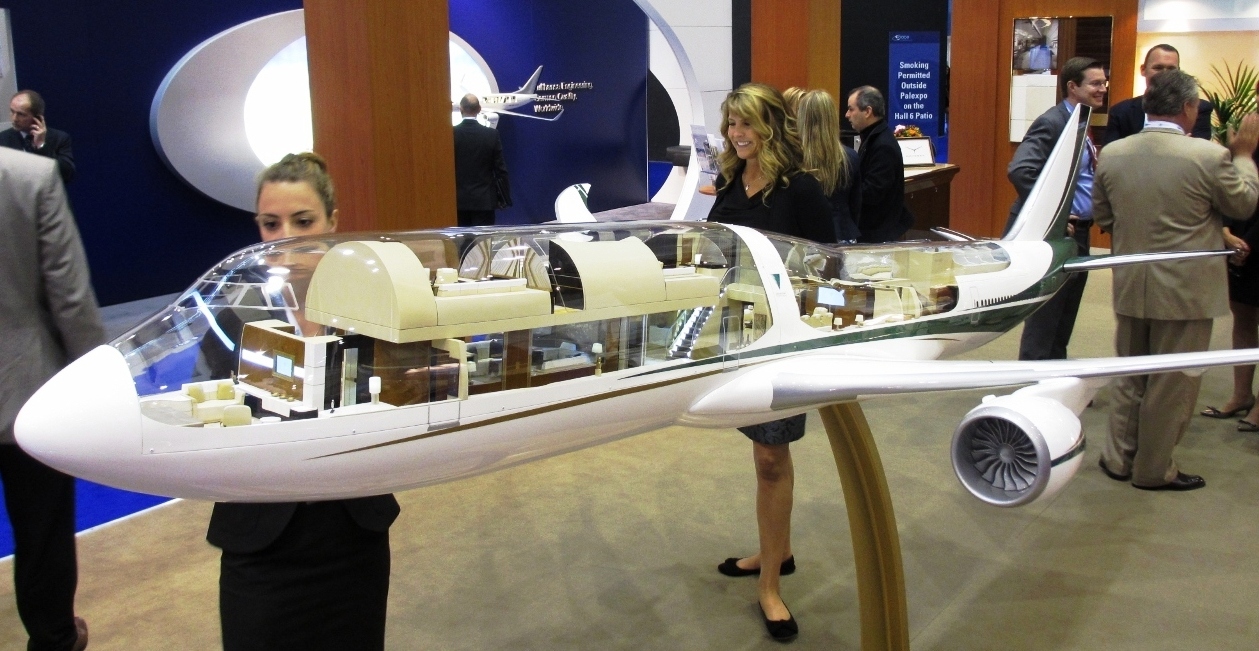