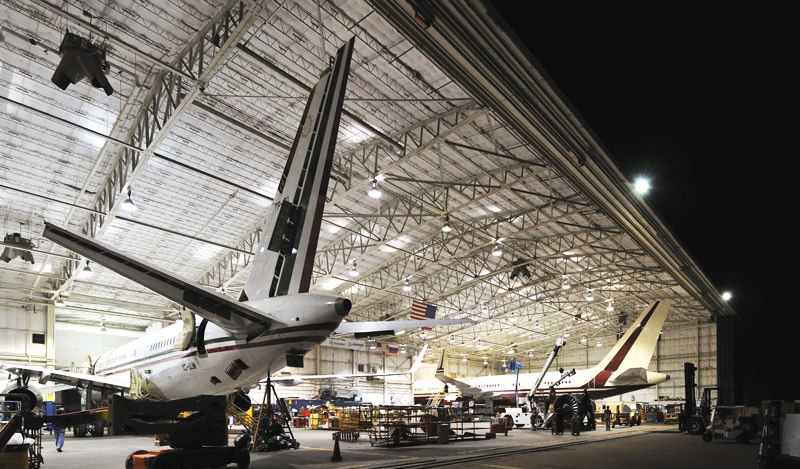 The plans were announced by AAC parent StandardAero on 20th September 2017, have been made due to current and future volumes of work which are not sufficient to support the cost to run the facility. After a thorough analysis, StandardAero has concluded that the business case for continuing to operate AAC is no longer an economically viable option for the company and its investors.

The limited pipeline for new business opportunities, excess industry capacity and slowing demands in the VVIP aircraft marketplace all contributed to this news.

StandardAero are reported to have made “multiple attempts to sell the business” before coming to the decision to close altogether.

The decision paves the way for StandardAero to expand the group’s core engine MRO capabilities in line with its near-term growth plans.

StandardAero maintains it will continue business as usual as it completes existing contract obligations, warranty services and ongoing projects. Employees will be retained as necessary to complete this work over the next few months. The remaining work primarily involves warranty and MRO services, with no full completions projects ongoing.

In addition to being among the pioneers of VIP airliner completions, the center also played a role in the introduction of EFIS, forward-looking radar, EGPWS, TCAS and satellite communications in large transport aircraft modifications.

Over the years AAC evolved into more expansive MRO capabilities and in 1978 completed its first VIP conversions on two Boeings for the President of Mexico, with the first widebody completion, a Boeing 747 SP, followed in 1998.

The VIP airliner market is currently experiencing a decline in the number of completions in recent years. Airbus Corporate Jets have delivered only one aircraft since the beginning of 2016 and Boeing Business Jets have handed over seven BBJ VIP variants in that same time frame.

The industry now awaits Airbus and Boeing variants of more efficient and modern versions of the airliners; with both airframers in the midst of a transition to new variants, Airbus with their “neo” product line, and  BBJ with their “Max” aircraft respectively, based off their traditional lines.

In late December 2016, Airbus revealed plans to exit the VIP completion business later this year for its ACJ variants, instead refocusing its Airbus Corporate Jet Center in Toulouse from ACJ completions to upgrades for its commercial airliners.