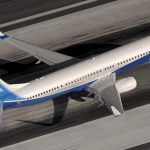 The latest in the Boeing 737 story has developed wider than the all-new 737 MAX model, at least in the public eye. Further product problems are now surfacing with the former aircraft to the 737 MAX, the 737 NG – shortened for New Generation. The Boeing 737 NG model was launched to airlines in 1993 and is the predecessor to the currently troubled MAX as the … END_OF_DOCUMENT_TOKEN_TO_BE_REPLACED

The first of three Dassault Falcon 7X for the RAAF has been delivered to the Defence Establishment Fairbairn, Canberra. Aircraft A56-001 has been painted in familiar RAAF VIP fleet colours. The aircraft is understood to be one of three being acquired for the RAAF to be used in the Special Purpose Aircraft (SPA) role on domestic and regional VIP operations, replacing the … END_OF_DOCUMENT_TOKEN_TO_BE_REPLACED 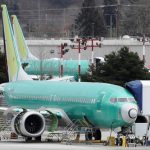 Operated by a majority of airlines and enjoyed by millions of passengers worldwide the Boeing 737 has revolutionized air travel. The newest model of the 737 – the all new 737 MAX designed with latest technologies in airframe technology, powerplants and avionics for efficiency of operation and further improving the flight experience for passengers the all new 737 MAX is … END_OF_DOCUMENT_TOKEN_TO_BE_REPLACED 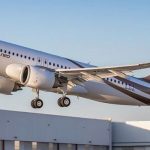 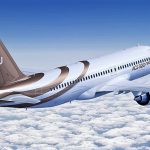 With deliveries of the ACJ320neo to begin in the coming months, Airbus Corporate Jets are looking to capture a significant slice of the narrow-body completions market. To firm this intent Airbus Corporate Jets have a taken a fully completed ACJ319 to the NBAA 2018 conference in a bid to market and drum this business. The aircraft in question is the ACJ319 operated for VVIP … END_OF_DOCUMENT_TOKEN_TO_BE_REPLACED