You are here: Home / Aircraft News / STC Approval for CPDLC/FANS System on VVIP 757-200 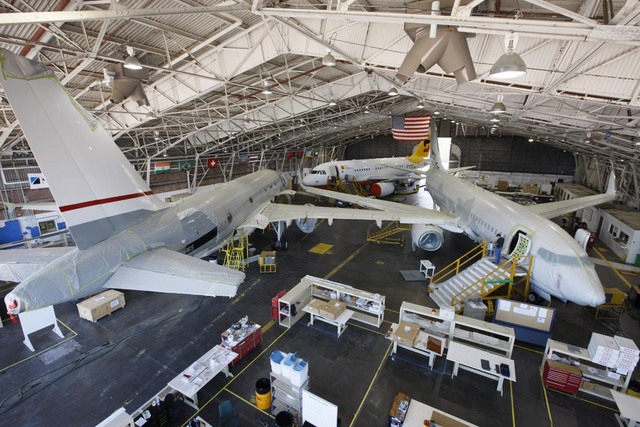 Associated Air Center, based in Dallas,Texas, worked together with StandardAero‘s Springfield Organization Designation Authorization delegation to receive a Federal Aviation Administration Supplemental Type Certificate for the installation of a Controller-Pilot Data Link Communication (CPDLC) System, as part of the requirements for Future Air Navigation System (FANS), on an early model 757-200 Boeing aircraft that is now a VVIP airplane.

“This certification represents another significant industry accomplishment,” said James Colleary, President of AAC.  “Whenever an in-house team can develop an engineering data package to support the installation and integration of a FAA-certified CPDLC/FANS system for an out-of-production Boeing aircraft, it’s a serious technical achievement.”

The new CPDLC/FANS system includes compliance for travel to international destinations and provides better flight planning capabilities for traveling in heavily congested routes and at flight levels that can optimize range and fuel burn.  AAC completed a similar STC for a Boeing classic 737-300 CPDLC/FANS system in June of this year.

StandardAero, based in Scottsdale, Arizona, is the parent company for Associated Air Center