Spike Aerospace, based in Boston, Massachusetts, has released new concept designs included the VIP interior of it’s S-512 Supersonic Jet, with an anticipated delivery in the 4th quarter of 2018.  The jet is expected to reach a cruising speed of Mach 1.6, which is over 400 mph faster than any other business jet.

Designed to hold a maximum of 18 passengers, the jet will be able to fly from London to New York in 3 hours.  The cabin is roomy at 40 ft (12.2 m) in length and 6.2 ft (1.9 m) in width and height and will not have the normal porthole windows.  Instead the cabin will have a full length video screen, called a Multiplex Digital cabin, which can show passengers a live feed from outside, a movie or show clients a presentation. 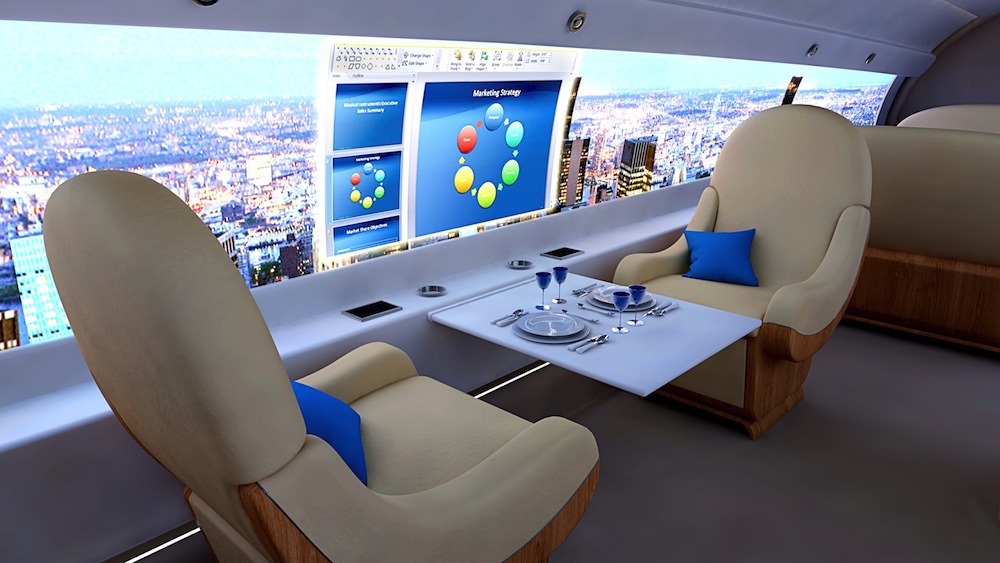 Eliminating the windows saves weight by reducing the amount of structural support and parts in constructing the fuselage and also lessens the drag on the aircraft.  Tiny cameras will be installed on the exterior for panoramic views or passengers can pick scenes or images they desire.

Cost is estimated to be between $60-80 million but engineers must overcome issues with the sonic boom noise when breaking the sound barrier. This presents a problem with flights such as New York to Los Angeles where the Federal Aviation Administration does not allow cross-country supersonic flight.

Even though the first shots of the S-512 Supersonic Jet interior seem comfortable and luxurious, VIP designers will certainly be looking forward to putting their own signature on the cabin of a unique airplane. 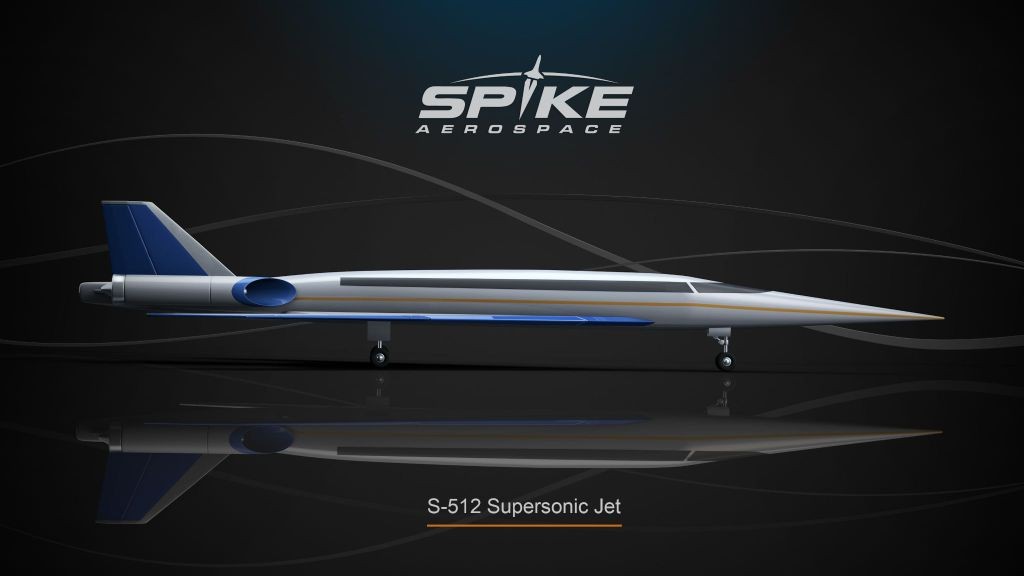 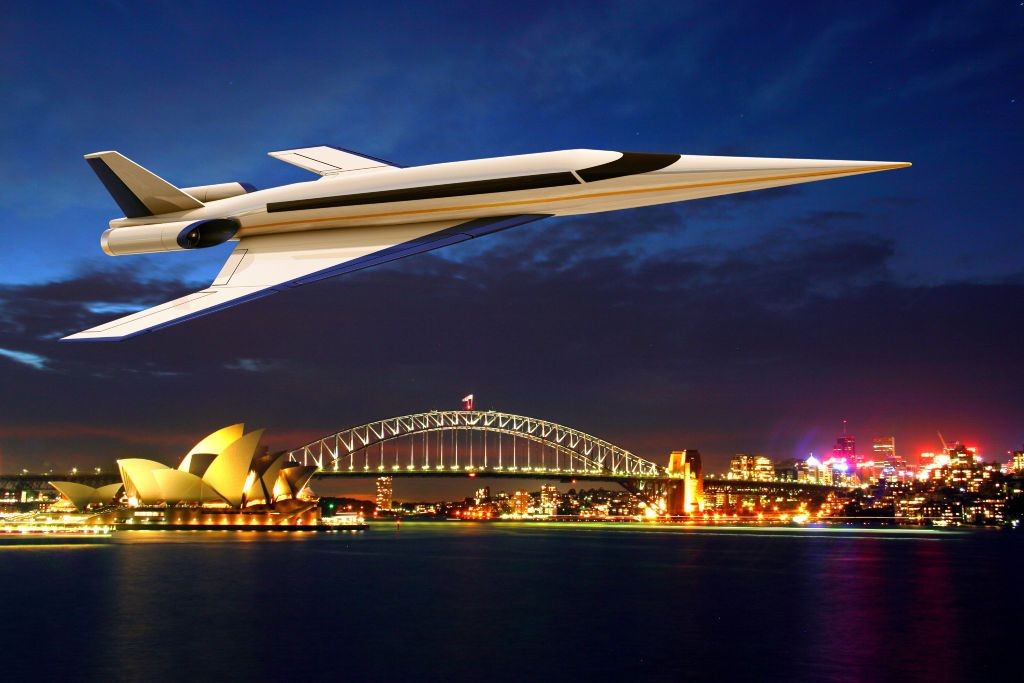 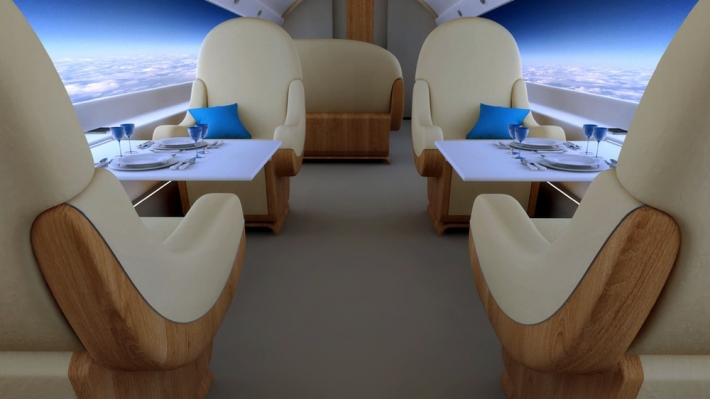 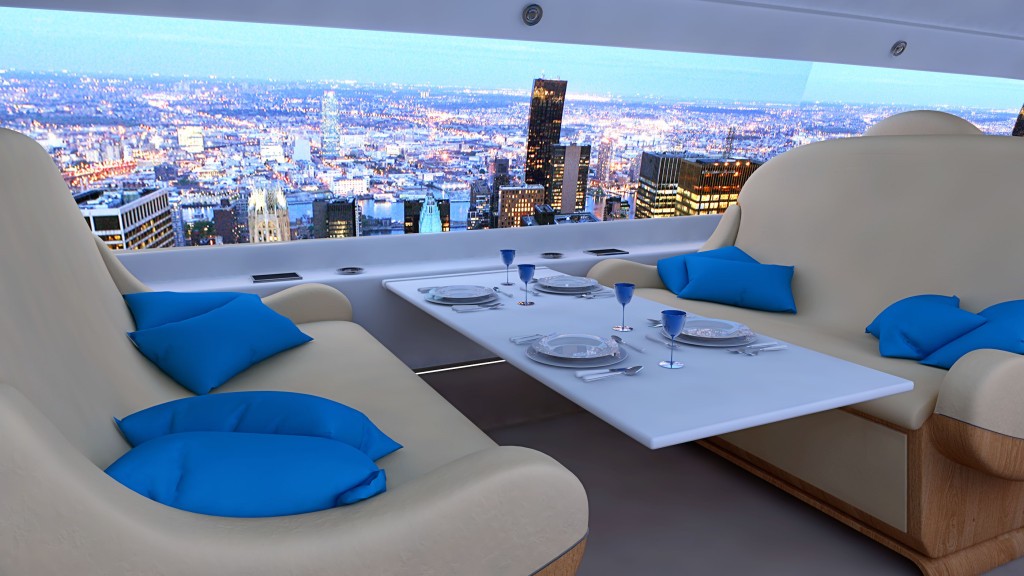