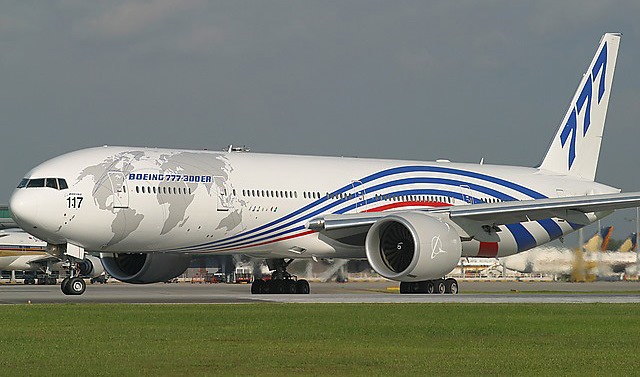 According to Delta Air Lines CEO Richard Anderson a large number of wide-body Boeing 777 models are coming off leases which are creating an “aircraft bubble,” offering opportunities to acquire used 777s on the cheap.

The announcement comes after Delta Air Lines, which is known for snapping up bargain-priced single-aisle planes, is now shopping for used larger, long-haul jets.

And that in itself presents opportunities for the customer searching for VVIP wide-body jet.

According to Delta Airlines Chief Executive Officer Richard Anderson, a glut of wide-body models coming off leases is creating an “aircraft bubble”. While no deal is imminent, he said Delta repeatedly gets offers to add twin-aisle jetliners such as Boeing’s 777-200 and Airbus Group’s A330-200.

“The aircraft market is going to be ripe for Delta over the course of the next 12 to 36 months,” Anderson said on a conference call after the airline’s third-quarter earnings report. “Prices are going to get lower.”

A surplus of used jets is expected to put pressure on pricing of newer versions of the 777, which Bloomberg Intelligence reports is one of Boeing’s main profit generators.

The carrier’s strategy is based on two pillars: Taking advantage of lower capital costs for used planes and reaping a longer commercial lifespan for those aircraft with its in-house maintenance crews.

“Delta has a relatively old fleet and a really good maintenance organization,” said George Ferguson, senior air transport analyst with Bloomberg Intelligence. “Richard is an opportunist when it comes to buying airplanes.”

Prices for used 777-200ERs are being damped now by planes from Malaysian Airline System Bhd, Kenya Airways Ltd. and TransAero Inc. coming back onto the market. The 777-200ER has amassed 422 orders, features a cabin that typically seats 313 people and boasts a range of 7,065 nautical miles.

Resale values have dropped as much as 14 percent this year, and lease rates are down as much as 10 percent, according to data compiled by Flightglobal’s Ascend consulting firm. Models outfitted with Pratt & Whitney engines, for example, range from $25 million for the oldest to $78 million for a 2013 vintage.

Delta’s Anderson said that Delta is seeing even lower offers: A 9- or 10-year-old 777 on the market for as little as $10 million. Singapore Airlines Ltd. has dozens of such wide-bodies coming off lease or retiring soon, Anderson said. Companies routinely approach Delta because there are only a handful of carriers capable of taking a dozen or so of the jets, he said.

Delta already operates 18 of Boeing’s 777s and by taking on more, Delta could have found a replacement for the Boeing 747 jumbo jets.

Adding a 777-200ER would let Delta do more point-to-point flying in Asia and South America without a stopover, Ferguson said by phone. The price that Anderson cited would make such a deal economical, even with the expense of retrofitting and upgrading cabins with lie-flat seats priced upward of $300,000, he said. 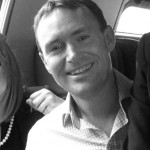 MW comment: For customers in the market for a VVIP wide-body jet, a used Boeing 777 could present terrific value.

The Boeing 777 in either -200LR or -300ER configuration is an interesting prospect over a green jet.

These jets make more economic sense to me than the Airbus A340’s that have also been made available in the market over the past years from airlines, due to airlines moving away from four engine jets to twin engine; which is one reason why Boeing’s twin-engine configuration makes sense, over the Airbus’ 4-engines.

What is an LR/ER version?

What would I need to do?

Perform a study into the cost of purchase, refurbishment modification and operation, over alternative jet and green cabin completion options to meet your needs and requirements.

Take into consideration the maintenance operational costs over a green jet.

I recommend to make contact with a consultancy who can discuss with you options, and perform a cost consultancy study for you and research available jets and dates these jet are available for purchase.

A Boeing 777 interior can be outfitted to either VVIP private, Head-of-State or Corporate specification; with also an option for VIP and corporate split in the jet; providing VIP luxury areas and corporate seating arrangement.

Of consideration are the places a Boeing 777 can physically take-off and land, requiring larger runways typically offered by the worlds major airports and established FBO locations. The jet will also require a good maintenance program to support; with many airline and business aviation operations offering maintenance for the Boeing 777 this should not present a problem.

The Boeing 777 is a family of long-range wide-body twin-engine jet airliners developed and manufactured by Boeing, and is the world’s largest twinjet with a typical seating capacity for 314 to 451 passengers in commercial form. The Boeing 777 has a range up to 8,555 nautical miles (15,844 km), and is commonly referred to as the “Triple Seven”.

The jet was Boeing’s first fly-by-wire airliner, and the first entirely computer-aided designed commercial aircraft and is easily identifiable thanks to its distinguishing features including the largest-diameter turbofan engines of any aircraft, a fully circular fuselage cross-section, and six wheels on each main landing gear.

A 777-200LR followed in 2006. The 777-200LR is the world’s longest-range airliner, able to fly more than halfway around the globe, and holds the record for the longest distance flown non-stop by a commercial aircraft.

The 777 is one of Boeing’s best-selling models, Airlines have favored the aircraft as a comparatively fuel-efficient alternative to other wide-body jets and have increasingly deployed the aircraft on long-haul transoceanic routes.

Alternative Airbus choices to the Boeing 777 include the Airbus A330-300, and the out-of-production A340.

Of note if you are searching a new green jet is that Boeing will in the future launch the all new Boeing 777X; featuring carbon-fiber polymers in its construction, , redesigned aero particularly the wings, and all new powerplants to reduce fuel-burn and extending range.

If you are interested in options for Boeing 777 VIP jet refurbishment:

For more on Boeing 777 options, and for those interested in a Boeing 777 VIP jet refurbishment program:

VIP Completions Ltd. is currently working on a Boeing 777-X design for a prospective client, in conjunction with Svetlana Mojic’s design studio.