What is the future of the iconic ‘Jumbo Jet ‘?

With twin-engined aircraft safety is so well substantiated these days; coupled with increased aircraft size available versus aircraft weight and aero, engine and power system efficiency improvements – the arguments for the twin-engined jet option now outweigh those of four-engine jets; namely being the Airbus A340 and the world-famous Boeing 747 ‘Jumbo Jet’.

The current problem facing Boeing is that with less than 50 unfilled orders known of remaining on Boeing’s order book for the 747, at the current production rate of 1.5 aircraft monthly, the line can run for fewer than three years.

And with Boeing launching the 777x in -8 and -9 variants, with further improvements in aerodynamics, materials technology, engine thrust and fuel burn rate efficiency, we could now realistically be seeing the beginning of the end for the iconic Boeing 747.

To familiarise those not in the know, the Boeing 747 is a large, wide-body (twin-aisle) airliner with four wing-mounted engines. The aircraft features the famous ‘bubble’ incorporating a second upper deck located forward in the fuselage above the cockpit and main deck.

Back in the day before the aircraft was born, Boeing was pressed by Juan Trippe, president of Pan American World Airways (Pan Am), one of their most important airline customers, to build a passenger aircraft more than twice the size of the Boeing 707.

The project was designed with a new methodology at that time called fault tree analysis, which follows the effects of a failure of a single part, or a fault scenario to be followed to determine its impact on other systems and functions of the aircraft.

The idea is to be able to see a chain of events caused by a single event, and mitigate those though improved design. In fault tree analysis parts and systems can be attributed a grade from critical to moderate and no-risk, and thus the appropriate resources and effort attributed to control and mitigation of these events.

Kenneth F. Holtby played a major role in the design of the Boeing 747 Jumbo Jet, along with the 757 and 767 commercial jetliners throughout his career at Boeing thanks to his wide-ranging grasp of aircraft design, and worked alongside the 747’s lead engineer Joe Sutter to design and deliver the aircraft.

In 1972 Holtby was named the 747’s vice president and general manager, before moving on six years later to run the 757 and 767 jetliner projects.

Developing, manufacturing and approving the jet nearly brought Boeing to its knees. As with many a large project, pushing the boundaries to develop something new, innovative in design, takes a huge amount of resources – something Boeing was unable to afford; especially given that the jets design at the time was not proved.

At the request of PanAm for such a jet, Joe Sutter was transferred in 1965 from Boeing’s 737 development team to manage the design studies for the new airliner, already assigned the model number 747.

First customer for the completed jet would be PanAm, and on January 15, 1970, the First Lady of the United States Pat Nixon christened Pan Am’s first 747, at Dulles International Airport into service in the presence of Pan Am chairman Najeeb Halaby.

Instead of champagne, red, white, and blue water was sprayed on the aircraft, and the 747 entered service days later on January 22, 1970, on Pan Am’s New York–London route.

In the design process Sutter and his engineers were concerned with weight reduction versus passenger capacity and how to balance the two. Taking cues from vessel design in the shipbuilding industry, Sutter progressed the idea of a double-deck, at a request of Pan Am’s Juan Trippe. Challenges to a double-deck design included the mandatory 90 second maximum evacuation in an emergency scenario, and convincing Boeing and the wider world that for the first time an aircraft would feature a second deck.

To achieve the desired passenger numbers, as well as meeting aerodynamic and manufacturing challenges, Sutter and his engineers created a modest second deck incorporated into the design of the cockpit with a gentle curve into the body of the fuselage, as well as a much wider fuselage than the 707.

With Boeing more or less behind Sutter in the design proposal, the next, even more crucial step was to convince the client and gain the support of Pan Am CEO, Juan Trippe. A meeting in New York was scheduled with PanAm representatives and Boeing’s Heinemann, its said to be more diplomatic and less explosive than Sutter, was chosen to present the new concept.

Reserving a large conference room, Heinemann cleverly illustrated the size of the aircraft with a long piece of rope and tied two knots nineteen feet apart. They went into the main boardroom and used the rope to visualize the immense size of the aircraft so the executives present could directly experience an equivalent environment to the space of the 747 cabin design solution, and it was a convincing argument. 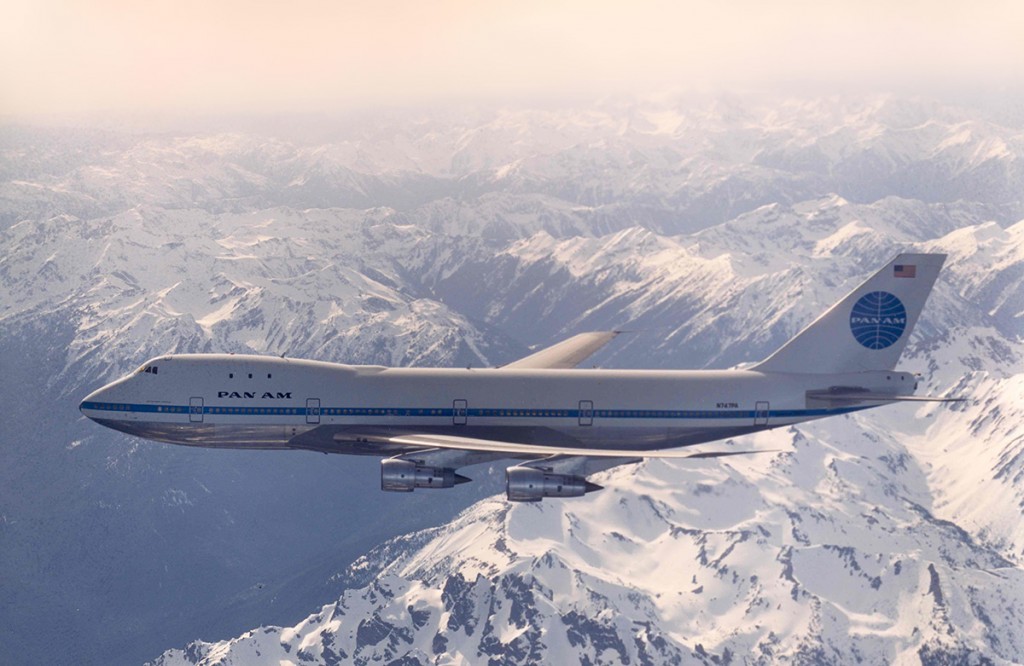 The huge cost of developing the 747 and building the Everett manufacturing factory meant Boeing had needed to borrow heavily. During the final months before delivery of the first aircraft, Boeing had to repeatedly request additional funding to complete the project. At the time Boeing’s debt exceeded $2 billion, with the $1.2 billion owed to the banks set an all time record for companies.

Should this funding been refused, Boeing’s survival would have been threatened. Boeing president William M. Allen later admitted that, “It was really too large a project for us.” Ultimately, the gamble succeeded, and Boeing held a monopoly in wide-body jet production for many years, and the jet continued to be a success story over the decades that followed.

After the initial 747-100 entered service model, Boeing developed the −100B [dash one hundred B], with a higher maximum takeoff weight (MTOW), and also the −100SR [dash one hundred SR] a short range aircraft, with higher passenger capacity. The −200 [dash two hundred] model followed in 1971, and featured more powerful engines and a higher maximum take-off weight. From this aircraft passenger and freighter aircraft and combinations were produced. In 1976 the shortened 747SP (special performance) aircraft with a longer range entered service.

In 1980 the 747 line was further developed with the launch of the 747-300 [dash three hundred] which was the result Boeing studies in order to increase the capacity of the 747. To deliver this, modifications were made to the upper deck, and the launch model featured a stretched upper deck, increased seating capacity and a higher cruising speed.

Development of the longer range 747-400 began in 1985, and become the most popular variant of the 747 produced. The 747-400 featured new engines, lighter construction materials, and a redesigned interior. Development costs for the 747-400 were high and production delays occurred as airlines requested new technologies with the −400 [dash four hundred] finally entering service in 1989. The final 747-400 aircraft were completed and delivered in 2009.

The Boeing 747 remained the largest passenger airliner in service until 2007 when the Airbus A380 entered into service. 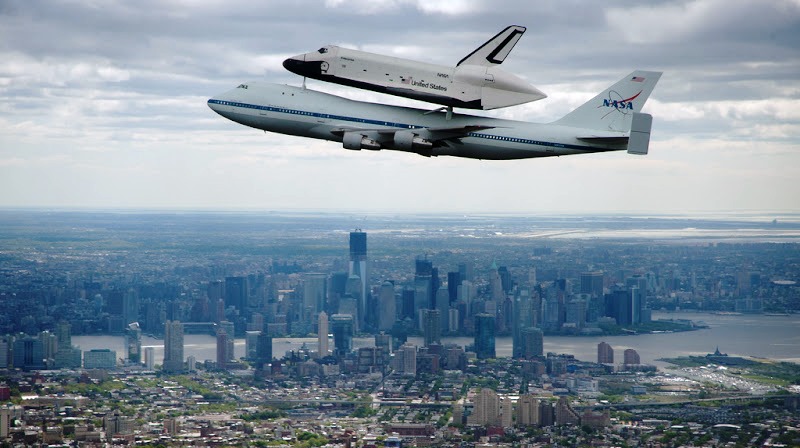 Currently Boeing’s all new 747 is named the 747-8 . The jet offers commercial and Boeing Business Jet (BBJ) customers a quieter, more economical, and more environmentally friendly package with engine and cockpit technologies as those developed for the Boeing 787 Dreamliner.

All time orders at the time of writing stand at 1536, with 1494 aircraft delivered to customers.

The jet is a cargo world favorite, plus for commercial and BBJ clients the extra deck for privacy, the amount of space on offer, and the prestige name of the 747 are all niche offerings.

Many of the worlds governments and Heads-of-State utilize the 747 as there chosen aircraft. Currently Japan, Saudi Arabia, Kuwait, Qatar and the United States Presidential Flight – Air Force One operate the 747 as Head-of-State aircraft known and marketed by Boeing as the BBJ 747, which have all undergone VIP Completions.

The future however points to the forthcoming 777x, with other credible options being the 787 Dreamliner in -9 or -10 variant.

The 777x should offer all the onboard room a VIP or Head-of-State needs, with one of the major consideration to buyers between the 777x or the 747-8 being two engines over four?

I hope the coming year will see further orders for the world-famous Boeing 747. 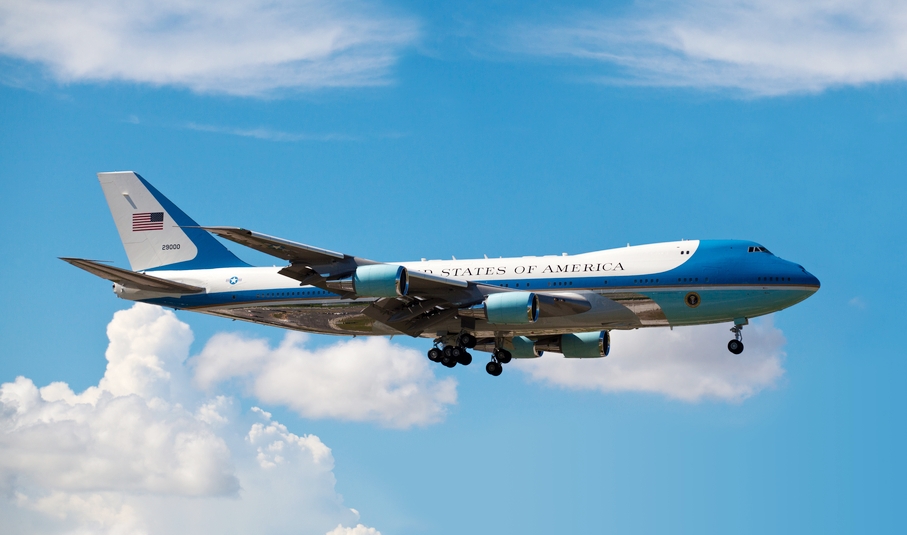