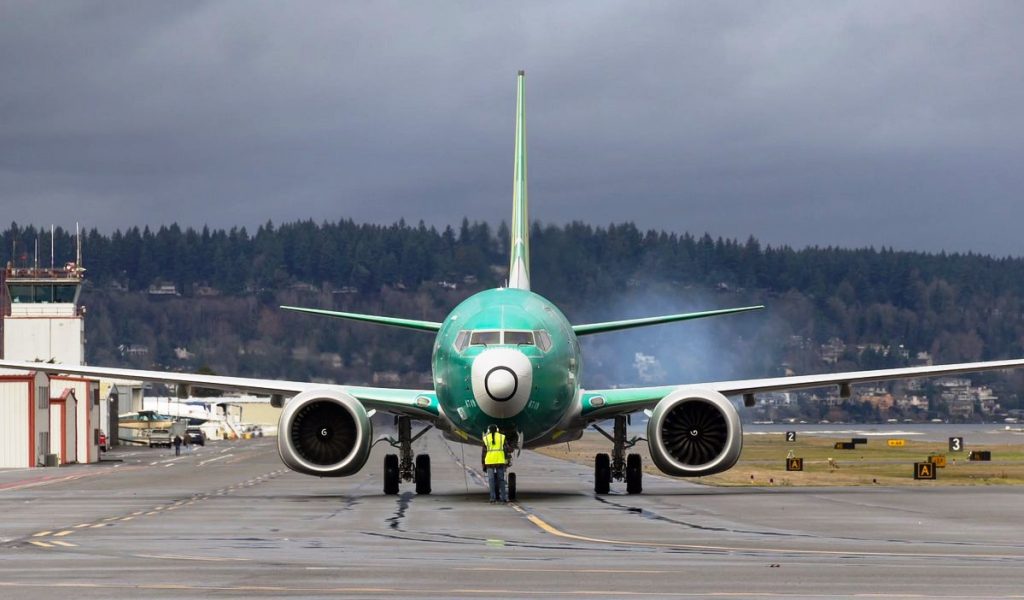 The first Boeing Business Jet BBJ MAX has left Boeing on its way to becoming a fully outfitted BBJ MAX 8.

The aircraft left Boeing’s facility in Seattle on 16 April, on the first stage of its journey to completion.

In its first step of its journey, the BBJ MAX 8 aircraft is to have a PATS auxiliary fuel tank fitted, extending the aircrafts range to 6,640 nautical miles (12,297km) in standard configuration prior to its finally configured completion weight.

Following auxiliary fuel tank fitting the aircraft is scheduled to arrive for completion outfitting in the fourth quarter 2018 at Comlux Completions Center in Indianapolis.

The finished aircraft is beleived to be scheduled to be handed over to its customer in the second half of 2019.

Greg Laxton, head of Boeing Business Jets: “We are excited to see the first BBJ Max come to life and fly through the development milestones.”

“In the past few weeks, the aircraft has achieved factory roll-out, first flight, multiple certifications and now flyway.”

“The BBJ Max will be able to connect distant cities like a wide-body commercial jet. It’s one of the reasons why this game-changing aircraft outsold the competition four to one last year.”

Boeing has received orders for all three models in the family – the BBJ Max 7, BBJ Max 8, and BBJ Max 9 – with the first delivery will being made in 2018.