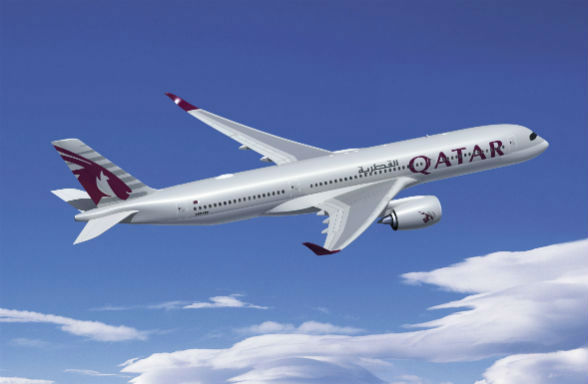 Qatar Airways recently took its newest acquisition for a maiden voyage with passengers from Doha to Frankfurt.  It has 79 more A350’s on order and Airbus is competing with Boeing’s 777 and 787 for future work with airlines who want to take advantage of flying between cities nonstop that could not be reached before.

Both Boeing and Airbus have no new airplanes on the drawing board and is hoping that the new models will be able to take them into the near future.  It takes several years for an airplane to go from concept to final delivery but so far the airlines seem to be happy with 787 and its construction from composite that helps it reduce fuel burn.

The Airbus A350 incorporates some of the same elements but with Boeing having a 3 year headstart with the 787, it will have to prove itself both in price and performance.

The VIP and VVIP market has already embraced the Boeing 777 and 787 with green completions either being worked on or completed and VIP variants of A350 should follow as it competes with the Boeing for orders.