Dassault has added another version to the Falcon family with the 8X; essentially a longer version derived from the Dassault Falcon 7X, with longer range afforded by engine and aerodynamic refinements, plus an increase in fuel capacity.

The 8X will be 3.6 feet (110 cm) longer than the 7X, which makes room for at least 16 windows per side and will allow more light in the cabin.  There will be more than 30 different cabin layouts to choose from and the extra room will give the VIP designers more to think about when presenting options to their clients. 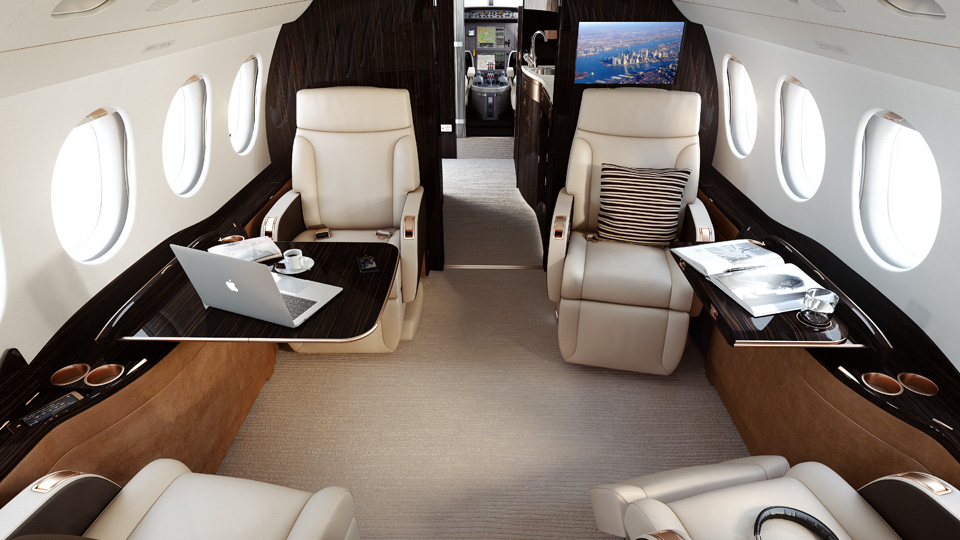 The longer length will allow for an aft bathroom with a shower, bigger lounge areas and , if needed, a crew quarters in the forward section.  Just like the 7X, the cabin altitude will be at 3900 ft instead of the normal 6-8000 feet to make those long trips more enjoyable.

The 8X will also carry an extra 3000 lbs of fuel, which will increase the range to 6,450 nm (11945 km).  Fuel consumption has been reduced by changes to the Pratt & Whitney PW307 engine and weight has been reduced in the wings to offset the extra length of the plane.

The first flight is not expected until Spring 2015 with certification expected in the Summer of 2016 and deliveries starting in the last quarter of 2016.