The new Bombardier C-Series jet has the potential to provide an alternative to the Airbus A319/A320 ACJ and Boeing 737 BBJ for customers requiring a larger cabin jet.

Following its recent finance injection from the province of Quebec, the aircraft has attracted substantial orders from commercial airline operators Delta and launch partner Swiss Airlines.

The C-Series orders establish the aircraft as a legitimate challenger to the Airbus A319neo and Boeing 737 Max 7.

All these aircraft are more fuel-burn efficient than previous models. The C-Series is set to provide a promising 20-percent improvement in fuel-burn largely due to the Pratt and Whitney PurePower PW1500G engine.

Delta Airlines has orders for up to 125 C Series aircraft; made up of 75 firm and options on a further 50 aircraft.

Launch partner Swiss airlines expects to begin service with the aircraft on July 15 from Zurich to Paris Charles de Gaulle.

The orders from Delta and Swiss airlines are in themselves not only healthy for Bombardier, but also provide a potential opportunity for private customers in the future to procure a proven large cabin aircraft for private operation with a corporate or VIP cabin completion.

The Bombardier C300 series is aimed squarely at capturing the Boeing 737 Max 7, and Airbus A319 Neo market; and is the aircraft model to consider.

The aircraft is competitively priced, features circa 90m sq m of floor space, and with improvements in fuel-burn and aero efficiency provides prospective clients a credible green aircraft option, and a range of up to 6100km / 3300Nm [see below, I have included the range maps for reference]. 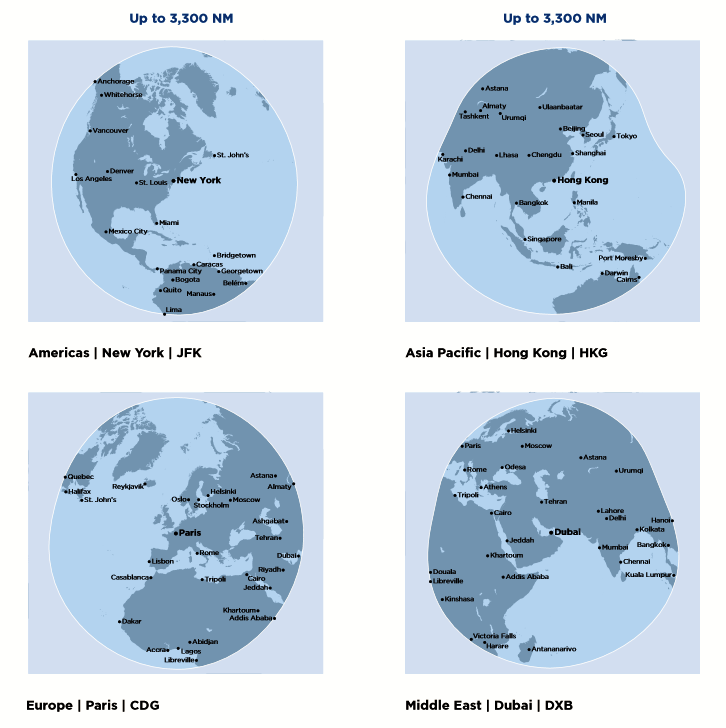 The Bombardier C-Series aircraft contains a high usage of composite materials and features larger 11×6 inch windows, and a wider aisle in commercial interior form, which indicates the interior width improvement the aircraft offers.