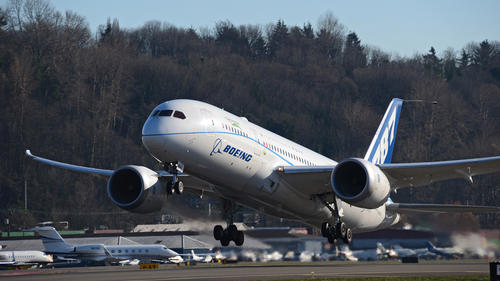 Boeing recently completed the 1st flight of its kind in the world using green diesel.

The ‘green diesel’ is known as biodiesel and is composed of animal and crop oils and fats normally used as a blend in diesel trucks and other forms of diesel ground transportation.

The aircraft fuel used by Boeing consisted of 15% green biodiesel and 85% jet fuel blend in the left engine of the test plane.

Biodiesel is already produced on a scale where the cost per gallon is close to that of traditional jet fuel. It produces 50% less carbon emissions over its lifecycle and if approved for use could be blended with regular jet fuel up to a 50/50 ratio without any modifications to jet engines.

With the green diesel plants able to produce around 800 million gallons/year and commercial and military aviation using 20 billion gallons of jet fuel/year, it is not yet to the point of making a huge dent in alternative fuels but is certainly a step in the right direction in reducing carbon emissions for commercial and VIP jets.

Boeing, the FAA, engine manufacturers, green diesel producers and others are now compiling a detailed research report that will be submitted to key stakeholders in the fuel approvals process.