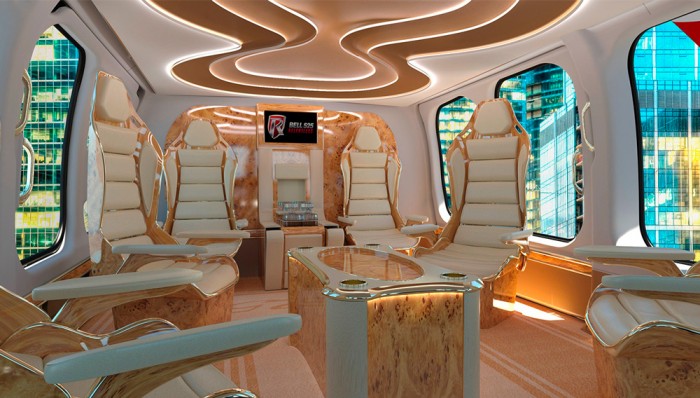 Bell Helicopter, based in Fort Worth, Texas, has announced the received an order for a VIP Bell 525 Relentless to a customer in the Middle East. 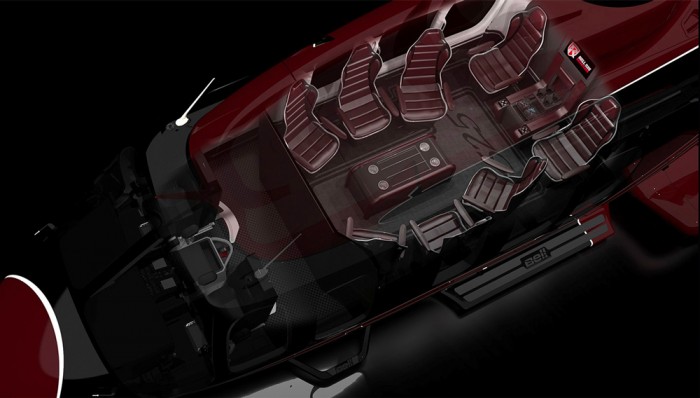 The Bell 525 Relentless is the first fly-by-wire commercial helicopter and is designed to operate safely and reliably in harsh environments with decreased pilot workload. The helicopter can reach speeds up to 178mph / 287 kph with a range of 575 miles / 926 km with deliveries expected in early 2017.  Images from the company show a VIP configuration with seating for 8 as well as another with a couch with seating for 4 passengers. 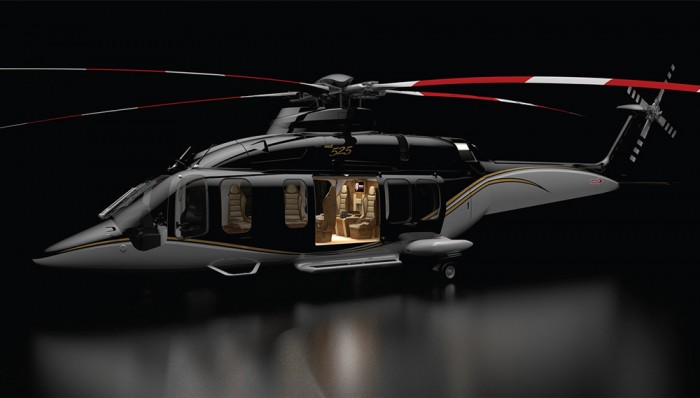 “The Bell 525 Relentless is a game changer,” said Patrick Moulay, vice president of global sales and marketing at Bell Helicopter. “Its payload and range performance enables operators to perform a diverse mission set more cost effectively than any aircraft available on the market today. The final preparations for the first flight are underway and we expect to see it flying in a matter of weeks with deliveries planned to begin immediately following certification in early 2017.” 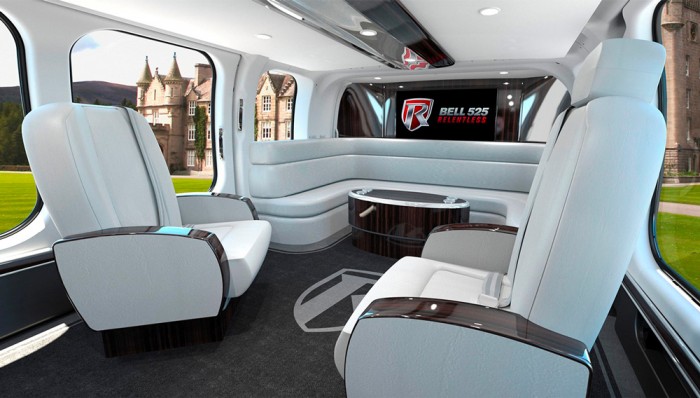 “We have seen significant interest in the Bell 525 configured for VIP missions,” added Moulay. “With the aircraft’s spacious interior and ability to be equipped with advanced technologies and entertainment amenities, the Bell 525 provides the customer with a space that is fully customizable for their needs.” 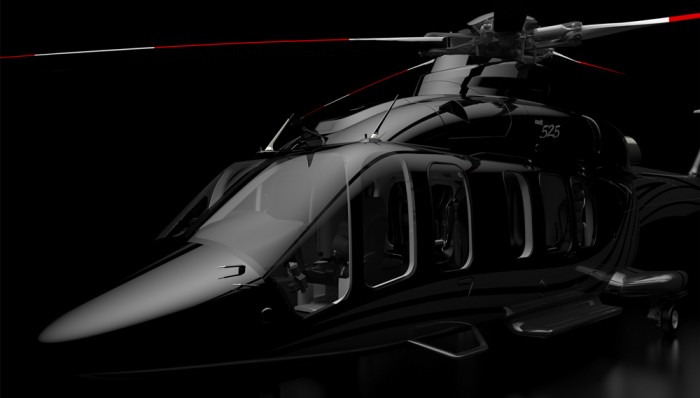