You are here: Home / Aircraft News / Bombardier C Series gets a partner in Airbus 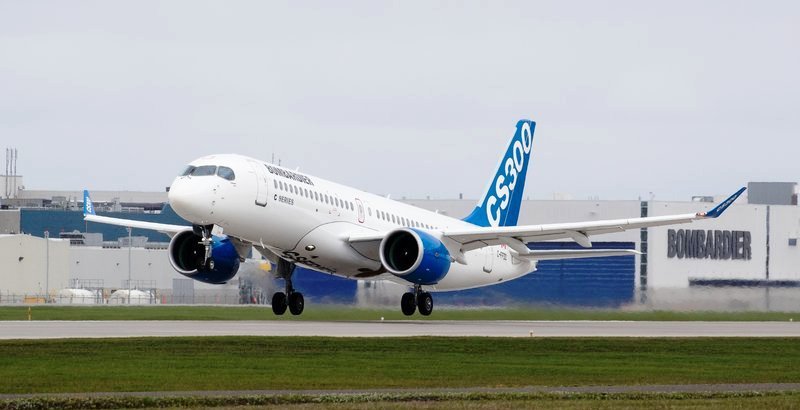 The Bombardier C Series program has recieved a welcome partner in the shape of aviation giant Airbus.

The details of the agreement include an Airbus 50.01 per cent interest in CSeries Aircraft Limited Partnership, which manufactures and sells the jets.

While Bombardier will lose control of a plane programme developed at a cost of $6bn (£4.5bn), it gives the CSeries improved economies of scale, a better sales network and, crucially, could change the power balance in the trade dispute with Boeing.

As part of the agreement, Airbus will provide procurement, sales, marketing and customer support services to C Series Aircraft Limited Partnership (CSALP), which manufactures and sells the C Series aircraft.

Production of the C Series is also set to be carried out at Airbus’ manufacturing site in Alabama, US, as part of the deal.

“I have no doubt that our partnership with Bombardier will boost sales and the value of this programme tremendously.

“Not only will this partnership secure the C Series and its industrial operations in Canada, the UK and China, but we also bring new jobs to the US Airbus will benefit from strengthening its product portfolio in the high-volume single-aisle market, offering superior value to our airline customers worldwide.”

The deal could also drive Boeing closer together with Brazil’s Embraer, with which it already cooperates. Embraer’s E2 jet is one of the main potential losers from the CSeries deal.

“The world has two top-tier airframers, and two second-tier airframers,” said Teal Group analyst Richard Aboulafia. “Airbus and Bombardier are now allies. This greatly increases the likelihood of a stronger Boeing-Embraer alliance as a response.”

Under the deal, Bombardier will own about 31 per cent, while Investissement Québec, the investment arm of the province of Quebec, will hold 19 percent. In 2015, Quebec took a 49 per cent stake in the CSeries programme for $1bn, although its stake was more recently diluted to 38 per cent.

There is no issued news to date of purchases of any C-Series aircraft for corporate or VIP use. If we recieve any update on that we will publish the news.