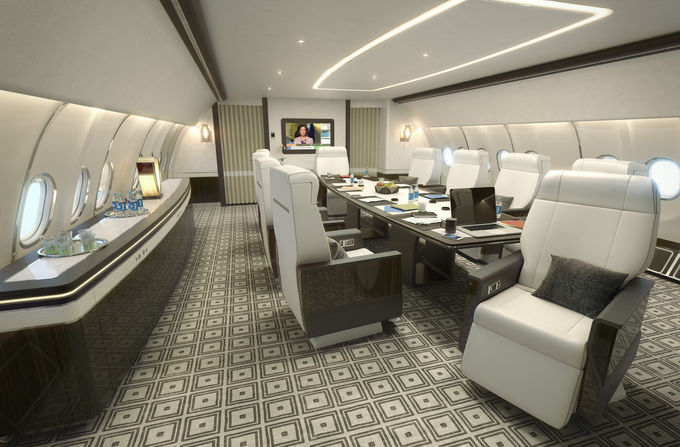 Airbus is offering a new VIP layout called “Summit” for its ACJ330 that will be marketed towards corporate and government entities that travel with a large numbers of staff.

The layout would have a VIP section toward the front of the cabin that would include a bedroom and ensuite bathroom, with a office, dining room and first class/economy seating towards the aft of the aircraft.

In order for the customer to save money and have the aircraft delivered faster, this conversion would be accomplished during the production of the plane rather than after it rolls off the line.

The A330 is already a popular option among VIP customers, with a well established support network around the world to service their planes.