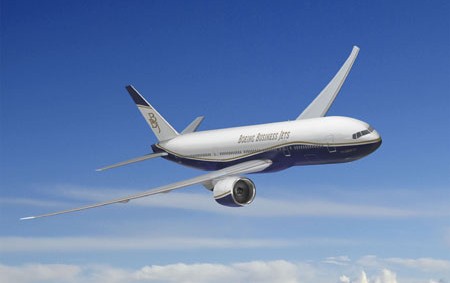 CTT Systems, based in Nyköping, Sweden, recently announced an order of the Cair™ System for installation on a Boeing BBJ 777-300 VIP aircraft during the Fall of 2016. According to Peter Landquist, Vice President Sales & Marketing of CTT Systems, this will be the fifth Boeing 777 VIP completion with the Cair™ System.

CTT Systems is the manufacturer of the Cair™ humidification system, which maintains a humidity level of more than 20% in the aircraft without condensation.  A typical aircraft has humidity levels closer to 3-5% and the increase in moist air reduces problems such as dry eyes and skin, fatigue, jet lag and the spread of viral diseases.

CTT has received 79 Cair™ System VIP orders for Airbus ACJ/Boeing Business Jets and is the leading maker of anti-condensation systems for commercial aircraft.

The Cair™ system is based on evaporative cooling technology and uses a method that effectively precludes the transfer of bacteria within the aircraft. The dual-purpose system increases humidity for greater comfort and incorporates the Zonal Drying™ System to counter condensation problems.